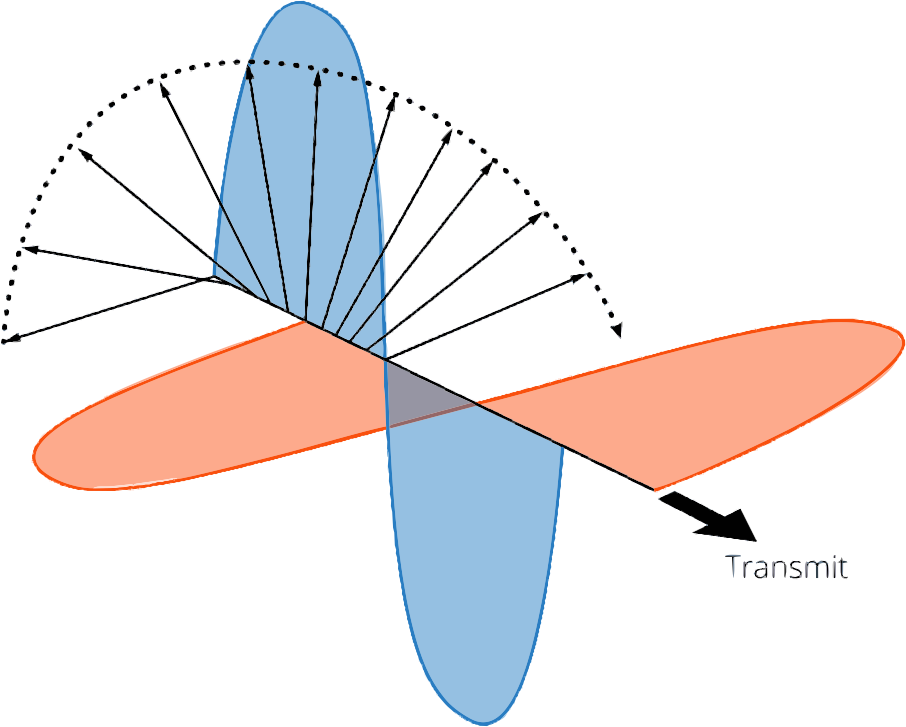 in one very wide and high beam – typically 70 degrees in Azimuth and Elevation.

SLANT POLARIZED ANTENNA
Designed for systems- HELIUM  the People's network , IoT M2M ( Machine to Machine )  Lora, Sigfox, XBee, RFID. Z-WAVE and etc.
The non-line-of-sight (NLOS) scenario is far more common and presents challenges for all types of wireless systems, especially those in which one end of the link is mobile. When there is no clear line of sight, degradation will result from reflections, refraction, diffraction, scattering and atmospheric absorption. The multiple signals created by these factors will then arrive at the receiving antenna at different times, from different paths and with different strengths. The result will be a reduced link margin and decreased throughput, and in a worst-case scenario, make communications impossible.

Antennas can mitigate some of these problems using various techniques, the most common being polarization diversity. It is used in all types of wireless applications including cellular and the fixed wireless access (FWA) systems used in rural areas to deliver residential broadband service. Polarization diversity is basically the use of antenna systems that radiate signals in more than one polarization, such as horizontal and vertical.

Figure 4. At left is horizontal/vertical polarization with respect to the horizon, and at right the depiction is polarized ±45 degrees. The electric and magnetic fields are shown in blue and brown. 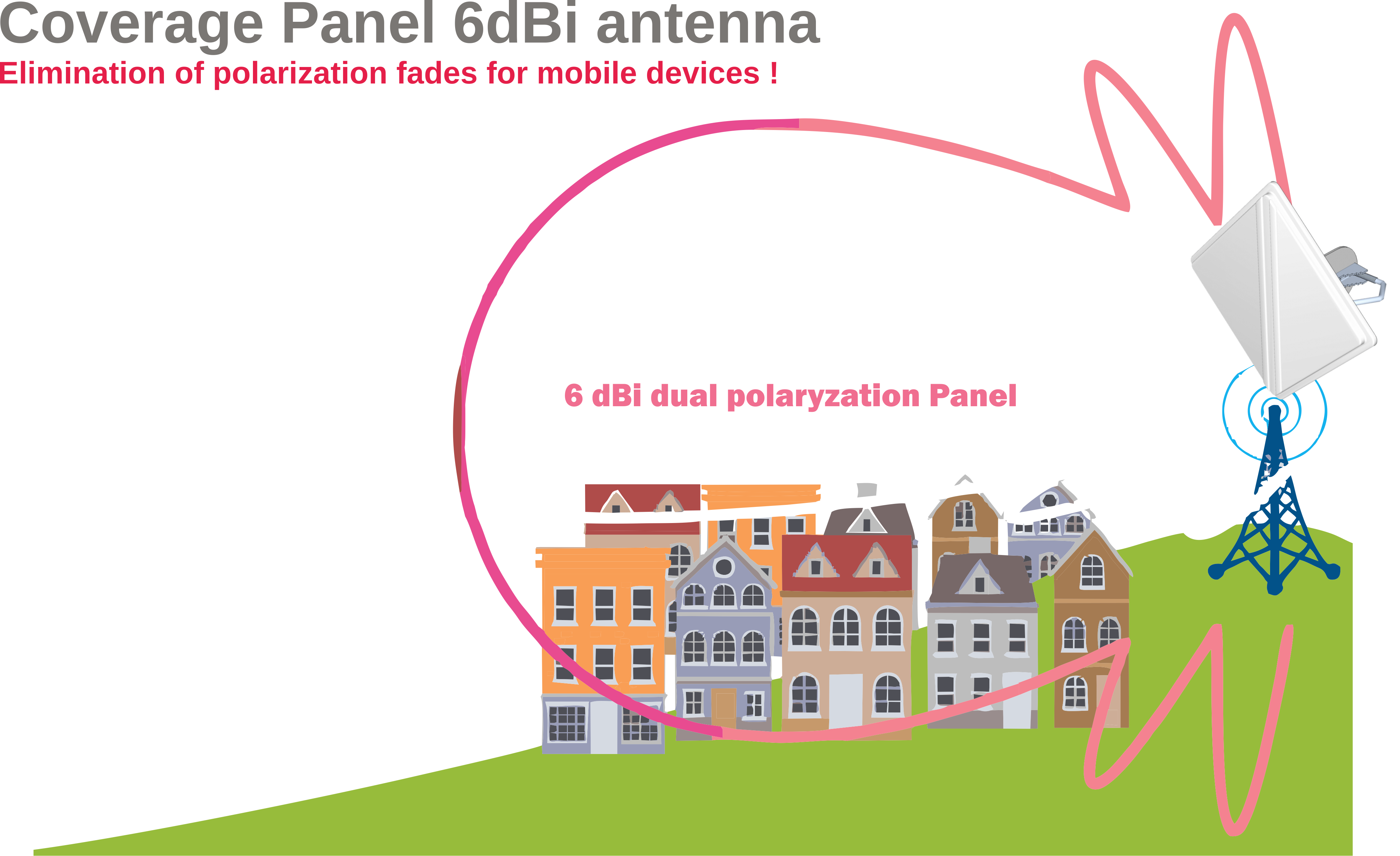 Various studies have determined that this ±45-degree slant configuration can provide benefits that H and V configurations do not. Dual-slant polarization is midway between horizontal and vertical and signals from the two antennas combine into a linearly polarized transmitted wave, therefore reception can be improved over pure H or V. Slant polarization has also proven its ability to provide signal improvement through foliage as well as in NLOS conditions.

In addition, slant polarization can minimize some of the effects of signal variability, reduce interference between antennas and increase the signal-to-noise ratio (SNR). These benefits apply to any operating scenario and especially to urban and other environments where signals are scattered, reducing their strength in a given location.

In antenna design, the horizontal and vertical polarizations often have unequal patterns and gain due to the physical asymmetries of the antenna’s construction. This can be readily observed in each polarization’s patterns, in which the beam width of the vertical polarization is narrower than the horizontal beam width. As a result, the gain of the vertical signal is weaker near the sector edges, which causes a chain imbalance. In a ±45-degree slant configuration, there are no physical asymmetries in the antenna and each polarization has nearly identical patterns that equalize the signal strength of both polarizations.

Slant polarization appears to be able to withstand the effects of fading caused by reflections better than horizontal/vertical polarization, and some sources cite its ability to reduce interference where there are many simultaneous emitters. Finally, received signals typically appear at the receiving end more vertically than horizontally polarized, creating an unequal relationship, as vertical polarization often delivers a stronger signal than its horizontal counterpart at the receive location. Slant polarization can minimize this issue by equalizing the signal levels from both orientations.

PANEL 868 MHz is carefully designed and construction directional antenna working in the unlicensed in Europe -  863-870MHz band.Typical applications are monitoring and digital transmission of small amounts of data (up to 50 kbps)

The antenna housing is grounded, which protects it against electrostatic discharge

For proper operation, the mast on which the antenna is mounted must be grounded to the existing lightning protection system.

Despite the lack of a device lightning protection, antenna mast or the supporting structure of the antenna must be earthed.

The ground wire should form the shortest and direct path to the earth electrode Outer sheaths of coaxial cables outgoing antenna should be connected to the antenna mast or to the cablewith an equipotential bonding conductor ocross-section not less than 8 mm2 Cu.

For additional safety, install a gas lightning arrester. The assembly instructions are HERE. 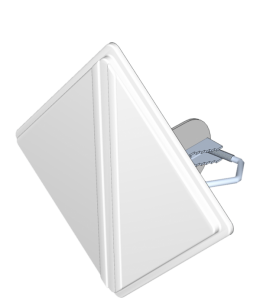 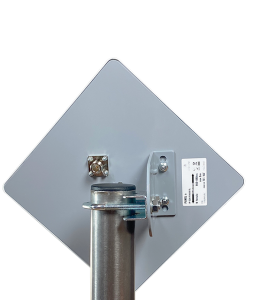 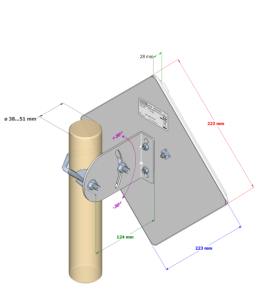