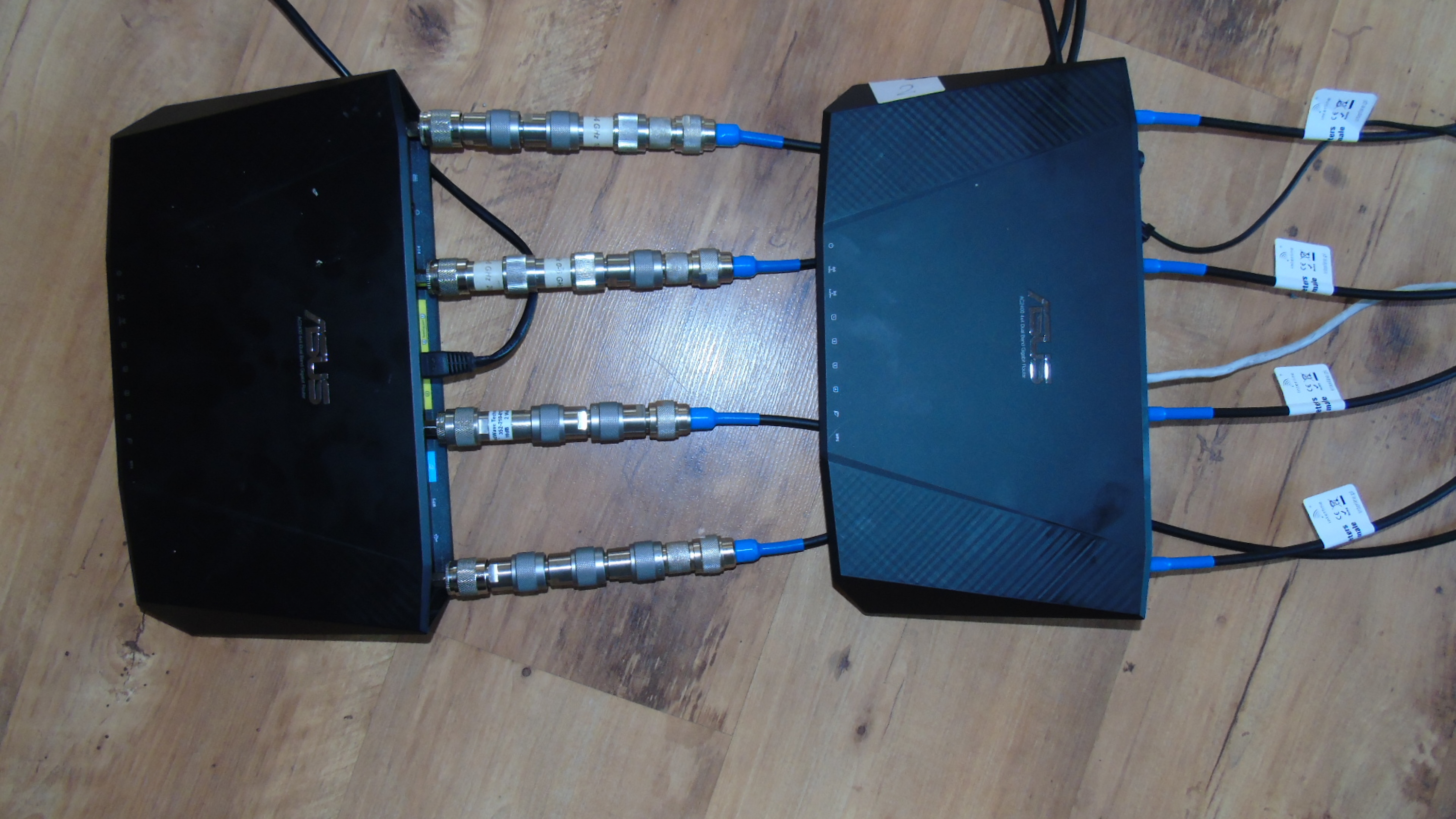 Indoor Solutions 802.11ac
To maximize the number of tracks serving the users, omni-directional antennas are placed at a certain distance from each other. The diversity of polarization is generally not required in this case, as confirmed by a practical test. It should also be noted that the process of reflection draws polarizations. Using the directional solution reduces the degree of freedom, and the number of tracks will be reduced.

Outdoor Solutions.
For the outdoor solutions we introduce two data streams in two different polarizations (horizontal and vertical). Vertically and horizontally polarized waves are physically and mathematically clear and can be used to send two independent streams of data. Therefore this configuration 2x2:2 - both antennas transmitting and receiving- each one own stream, is most advantageous in this environment and recommended for solutions of P-TMP (point to multipoint) and PTP (point to point). The use of the matrix of 4 radiators in this situation is pointless, because it would raise the cost of the entire system and the rise of the transfer will increase only by 3-5% - compared with 2 radiators. MU-MIMO antenna 4 can allocate 4 users - each with one separate data stream, but still this is done in one propagation environment, in one radio channel, where there can be used only 2 polarizations. All other types like slant - / + 45 are just modifications of these two basic ones (vertical and horizontal) are different by -3dB signal. This is not enough, because standard defines the minimum distance of 18-19dB between signal streams.

Practical tests (real transfers in the network environment)
ASUS devices RT87U placed apart a few to several meters from each other in the room.
2 ASUS connected to only one antenna on both devices (one data stream) . 2 files downloaded simultaneously from 2 servers in network of 320 Mbit / s.

The use of cable tracks between devices was to simulate ideal space propagation conditions and to assess the real possibilities of devices. As you can see tests showed smaller transfers than declared by the manufacturer.

Tests in the field.
It must be remembered that in design of the antenna track, in order to obtain 256 QAM modulations, we must ensure -61dBm signal level.
We will use MIMO VH panel 23 and the panel 19 MIMO VH for the tests.