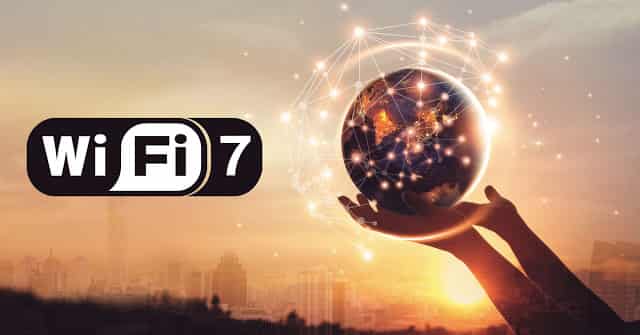 Wi-Fi 7 is the latest generations of wireless network standard which will be revolutionizing the way we use data for various applications. Apart from the ultra high speed network, what are the specifications and features of Wi-Fi 7 technology?

What the major trends in Wi-Fi

We have seen significant improvements in data rate and low latency with the introduction of Wi-Fi 6. It can support data rate close to 10 Gbps and latency of less than 10 milliseconds. Next generation Wi-Fi standard can offer three times higher data rate, much higher capacity and even lower latency network.

Wi-Fi 7 uses advance technologies to maximize its capacity to support huge number of devices with low latency and high reliability.

In the current wireless system, access points supports three channels, one lower band 2.4GHz and two high bands in 5GHz and 6GHz. In Wi-Fi 7 technology, multichannel option will be utilized efficiently to increase data rate. Depending on the availably, links can be switched to achieve maximum throughput.

Source: QualcommFor example: a device can utilize high band support in one 5GHz band or one in each 5GH and 6GHz bands simultaneously. This will significantly increase the data rate and efficiency.Multi-linking option is one of the effective ways to increase efficiency especially in congested environments like airport terminals, sports venues and hospitals etc.…

With the introduction of Wi-Fi 6, channel bandwidth has been increased significantly from earlier generations. Currently, it offers multiple channels of 160MHz spectrum in 6GHz (only in the regions support 6GHz) band. Wi-Fi 7 will be capable of 320MHz channel bandwidth for data transfer (two times higher than 6th generation).Multi-link allows creating a 320MHz effective channel by aggregating two 160MHz channels in high band. Higher throughputs can be achieved even without 6GHz spectrum in some regions where 6GHz has not been allocated.

Source: QualcommIf a user occupies a portion of a spectrum in conventional Wi-Fi system, the access point will prevent using that spectrum. In Wi-Fi 7, a smart solution called Preamble Puncturing is used to avoid interference in the spectrum. It basically avoids the portion of the spectrum and allocates contiguous channels within that spectrum.

Due to higher bandwidth(1200 MHz – 5.925–7.125 GHz), 6GHz band is one of the popular band for licensed and unlicensed spectrum utilization. 6GHz band is perfect fit for high data rate and low latency applications like autonomous driving and on-demand multimedia streaming applications. Wi-Fi6 has designed to handle high data rate up to GHz per second speeds, it is achieved by use of 6GHz spectrum (earlier generations used 2.4 and 5GHz).Since there are some existing users of the 6GHz band, Wi-Fi6 system could interfere with existing spectrum users.  Some of the early adopters of 6GHz spectrum are fixed satellite internet providers and private cable operators.Although FCC has given permission for the usage of unlicensed Wi-Fi operation at 6GHz band, there are some strict guidelines for spectrum utilization. According to FFCs power classification, there are two type of access points (APs) such as low power APs for indoor Wi-Fi usage and standard power APs for outdoor Wi-Fi transmission.Low power indoor access points does not cause interference due to lower power levels. The signals will not penetrate through walls or concreate blocks thus harmless for co-existence. Standard power outdoor access points could contribute potential interference to existing services at 6GHz band. To solve this issue, a simple yet effective frequency coordination is used for co-existence in the wireless ecosystem.What is  Automated Frequency Coordination?In a wireless ecosystem, all existing technologies and their spectrum usage will be registered and kept in a database in each area. A new wireless access point will have to consult with the database and make sure it does not interfere with existing systems. Simply, if a wireless device (AP) want to use a particular bandwidth within 6GHz range, it has to check if anyone else is already using that spectrum. If required bandwidth is not occupied, AP can initiate to setup wireless node.In standard power access point AP scenarios, AFC is an effective way to avoid interference with already occupied users 6GHz band. 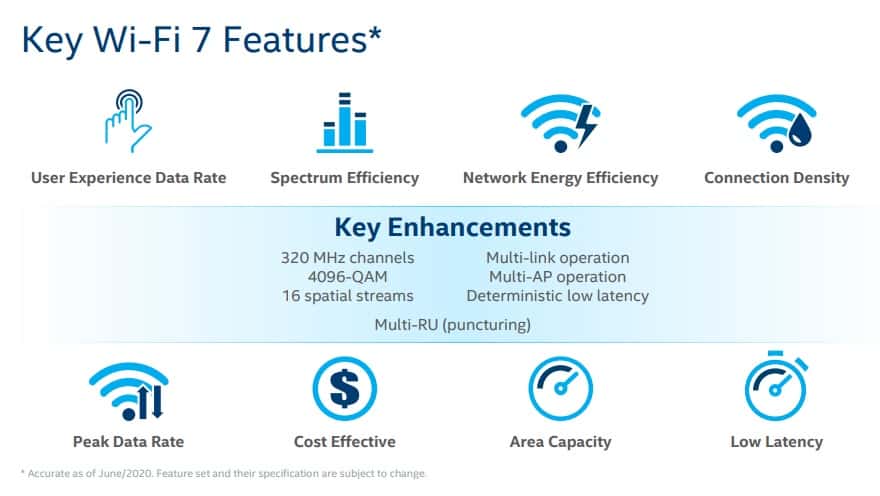 Efficient utilization of spectrum and overall network is possible with Wi-Fi 7 architecture. Even in a crowded atmosphere (like airport terminals or a sports venue), access points will be able to handle the device load efficiently with sophisticated algorithms and techniques like MIMO and beam forming.Network energy efficiency is one of the smart features of Wi-Fi 7. Access points will calculate transmission power required for each device under its circle. This will reduce interference in the network and improve energy efficiency of the whole system.

Wi-Fi 7 is still under development and testing phase, expected to be available by mid of 2024.

Sourceshttps://www.qualcomm.com/news/onq/2022/02/14/pushing-limits-wi-fi-perfor...Intel – Next generation Wi-Fi and beyond